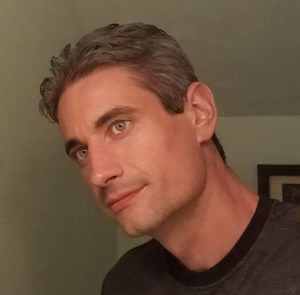 How to get well-rounded in soccer

People often ask me how I got so well-rounded in soccer. You might expect the typical answer, such as years of practice and high quality training in the Netherlands. Or simply the experience of having played my whole life. Years ago I might have assumed the same, had I not carefully thought about it first. But I realized lately that it isn’t just playing a lot of soccer that has made me so well-rounded. It is the fact that I have played other sports, as well!

I actually played baseball, basketball and tennis before I ever got serious about soccer. Apparently, I had a baseball set as a 2-year old and I am told that I hit the ball on my very first swing ever. Not bad! I remember playing baseball in Holland as a young kid. It didn’t last very long but I enjoyed the atmosphere. There is something about swinging that bat and hitting the ball as hard as possible. Hitting a home run is one of my favorite things in the world. To be honest, I was born with good vision and great hand-eye coordination. Baseball simply allowed me to put it into action. It was basketball that really took me to the next level.

Basketball taught me so much that I couldn’t possibly put it all into a short blog. Long story short, basketball is a lot like soccer. You are on a team and you have to score goals using a ball. You can pass, dribble and shoot the ball. The big difference is that you have to use your hands, not your feet. Basketball helped me understand the flow of the game. When to attack and when to defend. How to pass the ball in multiple different ways. How to dribble the ball from one side of the court to the other. How to aim, shoot and score goals repeatedly.

It gave me the chance to practice and try different things out, which over time allowed my creativity to come out. I once was forced to invent the hook shot. I didn’t even realize it already existed. It was just something that naturally happened in the heat of the moment. Dribbling one or two (or even three) opponents in basketball is a lot more easily done than in soccer. The fact that I was used to dribbling so well in basketball made it easier for me to imagine doing it in soccer. Once I translated certain basketball skills into soccer skills I realized that it was all the same: I could use the skills and experience I had in basketball and make them work for soccer!

Another sport that helped me tremendously is tennis. I started playing tennis when I was 7. I learned in South Africa, while I was visiting family. I was there for about 2 months and really got the hang of it. When I got back to Holland I started playing tennis against a wall which had a tennis net painted on it. Long story short, I spent half of my childhood playing soccer and tennis using that wall as a training tool. The thing about playing tennis against a wall is that it ALWAYS returns the ball, no matter what! In the end, you realize that you aren’t really playing against the wall: You are playing against yourself! Once I fully understood this simple yet powerful concept, I became obsessed with challenging myself. This became the mindset secret that allowed me to get better and better every day. It was by far the best ‘tool’ in my training. That and the ‘wall.’

Let’s not forget that tennis teaches you footwork and timing. The footwork comes naturally, because you have to get your body in the right place in order to hit the ball. And if you don’t get there in time, you are done. In other words you have to be fast AND get your body in the right place AND then use footwork to be able to hit the ball properly. Not to mention the fact that you have to mentally plan the shot and execute it perfectly. Each and every time. Once you play tennis against the wall for a few hours a day, day in and day out you make these skills your own. They become a part of you. And these skills translate beautifully!

Right when I was putting all these different skills and concept together in my mind I started playing street soccer. In no time, I became really good. I have now been playing for over 30 years! Nowadays, people ask me all the time how I got so good. There is no simple answer. But the truth is that playing other sports made ALL the difference. Nowadays, I have a soccer company and I teach kids how to play soccer. So, when parents of my students ask me for tips on how their kids can improve on the field I sometimes tell them something they’d never expect: “Take a tennis class!”